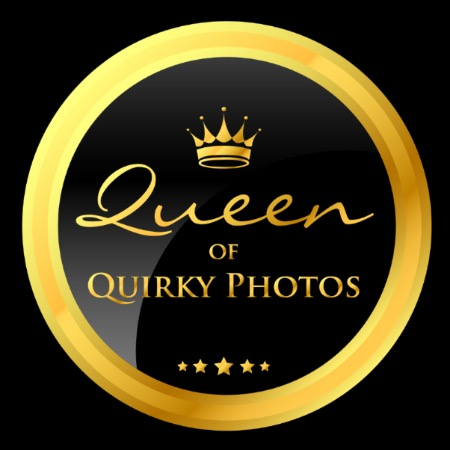 I was recently awarded the "Queen of Quirky Photos" award from the Aqua Design Group as part of their "Royal Connection" network on Twitter.

The Royal Connection was started by Aqua Design Group as a fun way to celebrate women in business with the #QueenOf day competition which was weekly during the Diamond Jubilee celebrations of Queen Elizabeth II in 2012, this proved so popular that the competition has continued ever since.

This was then expanded to include a #KingOf day weekly competition to celebrate men in business and to include an additional award called #OrderOfFabulous to reward those that are supporting the competitions and its entrants.

My tweet to enter the competition read
"I'd love to be #Queenof photography. I'm adaptable, versatile and a little bit quirky in my style. I've also got a CSR focus on supporting mental health awareness and other #smallbiz. I love capturing moments that make people smile"

I am really thrilled with this award, as it means that I am part of a wider network of small businesses up and down the country who are extremely supportive on Twitter. We actively promote each other and work hard to raise the profile of small, independent businesses by encouraging people to #shoplocal

If your business would benefit from being part of this network, look out for tweets from Aqua Design Group (@ADG_IQ) on Tuesdays (for #Kingof) and Thursdays (for #QueenOf) and get your tweet in for a chance.
Next
Previous